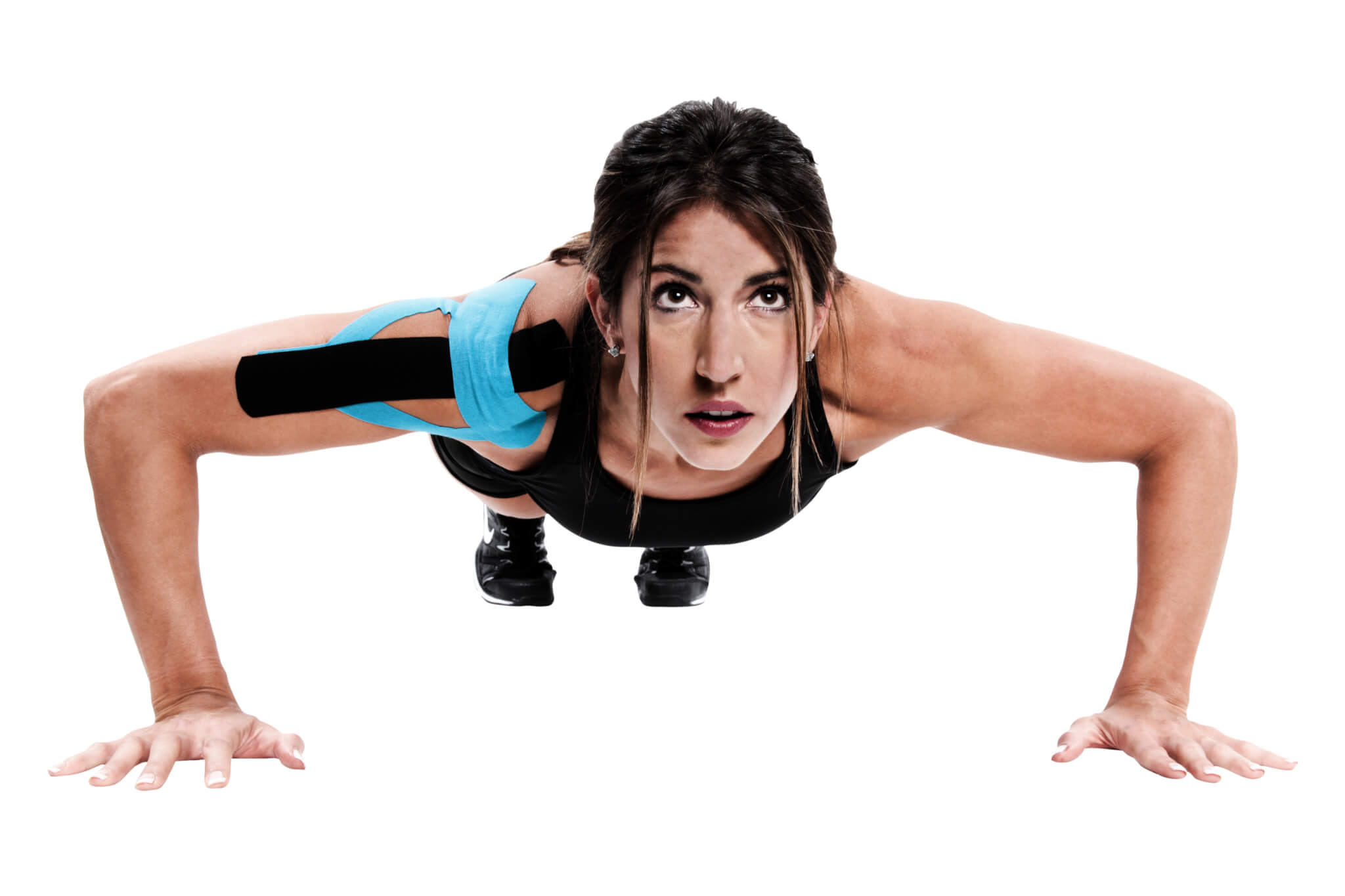 In this post, we briefly trace the history of Kinesio taping from its origins almost 40 years ago. We also briefly examine the principles behind the use of traditional athletic tape, which is often an alternative treatment option for repetitive stress injuries. In the main part of this text, we then explain the way in which Kinesio tape works to reduce the pain of these injuries and to accelerate the healing process. We highlight the contrasts between the traditional and kinesiologist approaches to taping. At the end of the post, you will be able to answer the question “How does Kinesio tape work?” if you encounter it in the course of your professional work or other activities.

The traditional approach to the treatment of repetitive stress injuries has been to restrict the movement of the affected joints or muscles. Therapists believe that this restriction is necessary to permit the injured ligaments or other soft tissues to recover normal function. During the recovery process, the therapist allows the patient to gradually resume normal use of the joint or muscle until recovery is complete. At that point, the therapist will remove all restrictions.

Traditional athletic tape and orthopedic braces both function on this principle with some variations. Rehabilitative braces, for example, are designed to be adjusted during the period of treatment. The therapist adjusts them to gradually increase the range of motion of the injured joint as recovery progresses. Traditional athletic tape also uses this approach and will generally restrict the range of movement throughout the period of recovery.

The Origin Of Kinesio Taping

The method began to acquire international exposure initially through its use by Japanese Olympic athletes. It has also been popularized  by other famous athletes such as Lance Armstrong.

How Does Kinesio Tape Work In Comparison To Traditional Treatments?

Kinesio tape works by gently lifting the layer of skin over the affected body part as the patient moves. This allows the flow of blood and other lymphatic fluids through and around the injured muscles and ligaments. There are two critical differences between Kinesio and traditional taping. The first of these is the extent of encirclement of the site of injury and the second is the range of motion permitted for the injured joint or muscle.

As explained above, the objective of traditional taping is to restrict joint and muscle motion to prevent further injury. To achieve this, the therapist would normally encircle the entire joint with tape.

Kinesiologists believe that this complete encirclement impedes the flow of bodily fluids through and around the site of injury and thus slows down the natural healing process. As a result, they will apply Kinesio tape on top of the injury site but in general will not completely encircle it.

The second critical difference between the two approaches lies in the range of motion permitted for the injured joint. In contrast to traditional taping, kinesiologists will tape in such a way as to leave the patient with as normal a range of motion of possible. The reason for this lies in the result of the patient performing his or her normal range of movements. As the patient moves, the tape, skin and the tissues below it will also move in such a way as to pull the skin away from the muscle. This allows lymphatic fluid to flow around and cleanse the injured muscles or other tissues, thus promoting faster healing.

To facilitate a full range of normal motion for the patient, Kinesio tape is extremely thin and porous. This permits the skin to breathe under the tape. In addition, the tape has an elasticity comparable to that of human skin and muscles. Further, to ensure the tape stays connected to the skin in its original position, the manufacturer will normally use a powerful medical grade adhesive. The adhesive is water resistant to permit the patient to perform normal daily activities. For example, the patient can shower or bathe without affecting the tape.

In this post, we have briefly described the principles behind the operation of Kinesio tape. We also compared these principles to those governing traditional taping approaches. Should you encounter the question “How does Kinesio tape work?” in any situation, you should now be able to provide a detailed and knowledgeable response.

In a future post, we will delve further into the principles behind the operation of Kinesio tape. We will also examine the implementation of these principles via the Kinesio Taping method designed by Dr. Kenzo Kase, the original inventor of the method.